Clinical picture
In simple the patient with glaucoma does not notice changes in his vision, as they occur slowly and he adjusts to them. In addition, the disease progresses differently in both eyes. The internal pressure level is not very high (about 35 mm) and its day and night fluctuations are not very high (less than 10 mm). Examination reveals a drop of part of the visual field from the side of the nose, but the patient does not feel this since the dropped visual field is compensated by the preserved field of the healthy eye. That is why very often glaucoma is detected in an already completely blinded eye, with the blind eye accidentally closed. Usually, such patients remember that they had impairments in the adaptation to dark and light, which they did not pay attention to. The early onset of presbyopic complaints is characteristic.
Congestive glaucoma is characterized by the fact that intraocular pressure changes sharply, abruptly. As soon as the intraocular pressure rises rapidly, the tissue of the eye becomes stagnant. It causes pain and loss of vision due to swelling in the transparent media of the eye and compression of the nerve fibers. The eye is red with congestive blood, the cornea is swollen, the pupil is wide. Often, small seizures go away spontaneously, but over the course of 10-15 years the disease process progresses and the function of one eye disappears and the other eye is significantly damaged. Pain and visual complaints occur in the morning or after fatigue, after emotional experiences, stay in the dark (cinema, theater), after working with a long-bent head, a warm bath, and when exposed to cold. The feeling of heaviness and tightness of the eyeball can develop into a severe pain in the eyebrow, lower jaw and nape of the neck. Visual impairments are manifested in a slight transient blurring, which results in a significant and prolonged diminution of vision. Congestive glaucoma is also characterized by early presbyopia and rapid fatigue.

Treatment
In all forms and stages of glaucoma, treatment aims at normalizing internal pressure and eliminating eating disorders of the tissues of the eye. In mild cases, the early onset of the disease is sufficient to observe a hygienic diet. Sanitary treatment is applied at altitudes above 440 m, combined with balneotherapy. The diet should be fruit and vegetable, without excessive fluid intake, limiting salty foods. Staying in the sun or warming should be avoided. In more severe cases, the main drug used to treat glaucoma is pilocarpine. The minimum amount of pilocarpine solution is applied, resulting in the normalization of intraocular pressure. In acute glaucoma, an attack that occurs with very intense, sometimes unbearable pain, begins immediately with a pilocarpine bath, ie. 1% pilocarpine solution was added dropwise every five minutes for 1/2 – 1 hour. At the same time, dehydratin is applied – to reduce the production of chamber fluid. Recently, osmotically acting diuretics have been used with great success, incl. mannitol and glycerin. A warm foot bath is also helpful. The passage of a glaucoma attack is characterized by a decrease in pain, improvement of vision and a decrease in intraocular pressure. Pilocarpine treatment is maintained after pressure normalization, which gradually and carefully reduces the dosage. If the glaucoma crisis does not respond within 24 hours, surgery must be carried out. Surgical treatment is indicated in younger patients as well as in patients who have not responded well to conservative treatment. 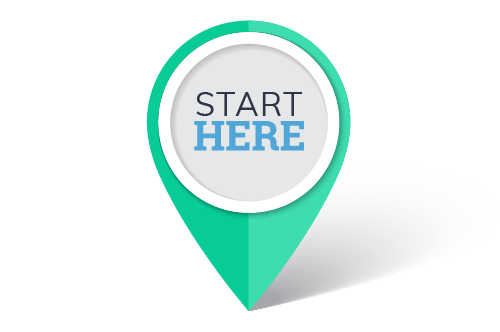