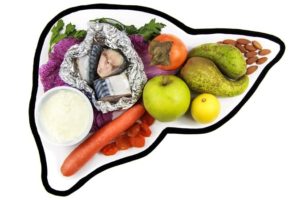 A new study shows that a compound naturally occurring in a variety of commonly used vegetables as well as being produced by gut microbes is very useful in melting fat away from a fatty liver.

The study, published in January 2020 in the journal Hepatology, focuses on the compound called indole, that is manufactured by gut bacteria but also abundant in cruciferous vegetables. This finding could help develop new ways to manage or prevent this condition.

Non-alcoholic fatty liver disease (NAFLD) is a condition in which the liver is stacked with fat. It may be due to overeating food with a high content of saturated fat. Other risk factors include obesity, which increases the risk 7-10 times compared with the general population.

Obesity is a metabolic issue which activates inflammation, which in turn is driven by white blood cells called macrophages. These are vitally involved in the fight against toxic or unfamiliar molecules. The recruitment of macrophages in fatty liver disease leads to worsening of liver injury due to the powerful chemicals released from these warrior cells designed to eat bacteria and other foreign material. If NAFLD is not treated, it could ruin the health of the liver, causing liver cirrhosis or even cancer… Read more.